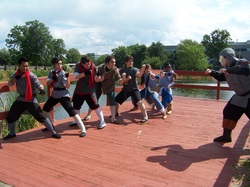 AnimeNEXT is my home con and a convention I’ve attended every year since 2008. I always have fun at AnimeNEXT, but to be honest this year it sometimes felt like I was having a good time in spite of the con, rather than because of it. New changes in layout and some poor planning made for a frustrating weekend that being with my friends saved.

My group stayed at a Marriott just down the street from the convention center. While the con was within walking distance, we usually drove over to avoid the heat. The Marriott staff was friendly, but we kept having issues with our room keys deactivating so we had to go to the front desk and get new ones. I’m not sure what the problem was. In any matter, we had a nice room and the hotel had a few nice spots to take pictures as well as an attached Ruby Tuesday’s. If you want a recognizable place to eat dinner, this is probably the one nearest the convention; just be prepared to wait to be seated.

The Legend of Korra was a pretty major presence this year. The show is new, popular, and people are excited about it! There was even a new episode airing the Saturday of the convention that many people I talked to planned on taking a con time-out for. This is where we get into poor planning on the part of the convention: There was a Legend of Korra discussion panel on Saturday, scheduled to go from an hour before the new episode right up to the starting time, thus not giving people the time to get to wherever they’d need to go to watch the new episode if they wanted to stay for the whole panel. This may not seem like a big deal but this is a panel I would have liked to attend and ended up skipping because I wanted to see all of the actual show. I happened to meet the people running the panel at one of the Korra photoshoots and they told me how upset they were about the time they had been given; that they had asked for something different so people wouldn’t have to choose between the panel and the new episode and the convention staff wouldn’t budge. I know a lot of time goes into making a convention schedule but this was just very poor planning and showed a distinct lack of “know your audience”.

In all of the years I have gone to AnimeNEXT, I have never seen a line to get into the Dealer’s Room after it’s opened for the day. This year, with the new layout, that changed. It seemed like almost every time I went to try and check things out there was a line formed that wasn’t moving. What was worse, they moved the Dealer’s Room entrance so con-goers had to make a long trek around the building, outside, to get in. When I asked someone “what happens if it rains?” I received no answer. The odd new entrance was shared with the Main Events hall which also served to make things confusing; half the time people couldn’t tell what the lines were for. One staff member informed me that the new entrance was Fire Marshall mandated but the “fix” seemed like more of a step backwards; there had to be better way to handle things. Friday also saw one of the major two doors into the convention center marked exit only, so con-goers had to go around the building just to get inside. Fortunately by Friday evening people were allowed to use both doors again. While I fear this seems like a petulant complaint, every single person I spoke to could not understand the changes and did not like them. The convention center is a big building to walk around in 95 degree heat, and when there has never been an issue with the way things were, change not for the better is frustrating. I’ve worked on staff before and know people who work on staff; never have I gotten wind of any problem with the way things were.

In the department of more positive things, the Artist’s Alley had great work and a pretty maneuverable layout. Nearly everything I bought was from the Artist’s Alley; a bit of a reversal since I usually only get a button or a bookmark. There were just too many things I couldn’t resist. AnimeNEXT had a great Artist’s Alley last year too; I think we’re just lucky and have a lot of very talented people in the area. It certainly benefits the convention! The Dealer’s Room seemed to have some good things too, but the two times I did get in it was very crowded so I never really lingered over anything.

In spite of issues I had a good time with my friends, took some nice cosplay photos, and got to check out some wonderful artists. It seems I can always count on that, so even if there are no guests or panels that interest me and the new layout is ridiculous, I can find a way to have fun at AnimeNEXT. 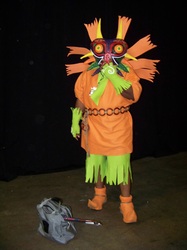 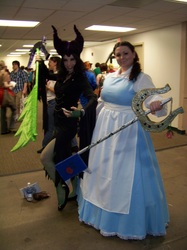 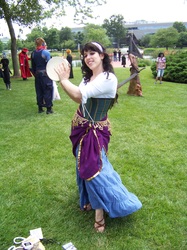 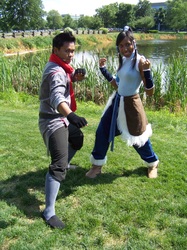 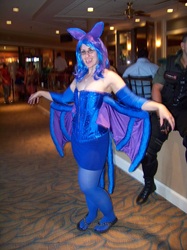 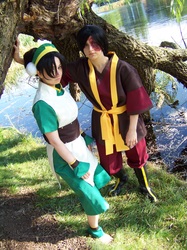 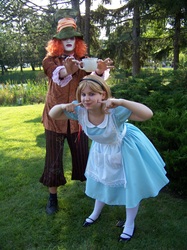 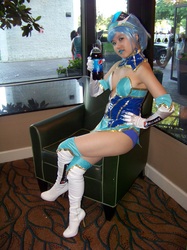 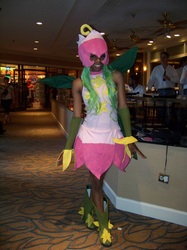 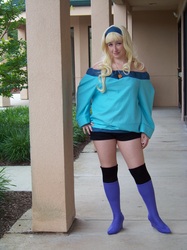 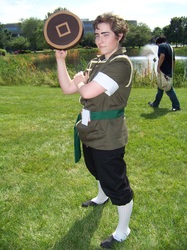 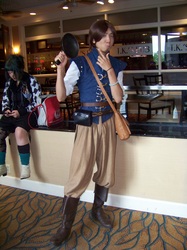