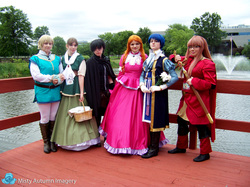 Ready, set, let’s go! This was my fifth year attending AnimeNEXT, my first con and home con. Last year was a bit of a disappointment with strange changes to the convention layout and some questionable panel scheduling. Still, this is a con where I get to spend lots of time with people I love whom I otherwise do not see often, so even though it’s not the greatest convention, I keep coming back. I’m happy to say that this year was better than last, but there is still definitely room for improvement.

The weather made things a bit challenging this year—rain started during badge pick-up on Thursday night, soon became a torrential downpour, then really did not stop until sometime late Friday night or early Saturday morning. When my party lined up to get our badges around 6:45 pm on Thursday (pick-up began at 7:00 pm), we were lucky to be the last ones allowed to wait inside. Those who lined up after us were on the other side of the door and sadly got rained on. The staff was clearly trying to get as many people inside as they could while keeping organization, and the line moved fairly quickly. People were not allowed to linger inside the convention center in order to keep congestion from stopping the line’s moving.

A week before the convention, I received notification that I had been accepted into Bill Rogers and Greg Houser’s Voice Acting Workshop with nineteen other random applicants. After sending in information, we were told that later in the week we’d receive information on where to go come Friday to get the materials for our “auditions”. That information didn’t come until 1:00 AM on Friday morning; we were to meet up in Main Events during the Opening Ceremonies. When I arrived there, no one on staff seemed to have any clue that the panel actors were even supposed to meet there, and my friends and I (another of whom had been chosen for the workshop) were shuffled around until we were finally told to wait in the back with others who had gathered and been asking around. Eventually Bill Rogers did arrive (I assume the rain had everyone running late), and did a quick introduction on stage for the ceremonies, then he came to the gathered “actors”, took roll, and lead us all to the panel room. This was a first time event at AnimeNEXT, and an ambitious one! My experience suggested some disorganization, or poor communication going on, but if the convention wants to do events like this in the future, hopefully this has served as a learning experience and things will only improve. There were many talented participants in the panel and the feedback from the voice actors was interesting to hear. I actually went first and really wish I had received more feedback. Sadly (for me) I did not make it past the “auditions” round, so my voice acting journey ended there. Disappointing, but I tried!

Friday was definitely a tough day at the convention. All of the attendees were crammed inside due to the heavy rain. The convention did seem to try and accommodate for the conditions, putting up a tent structure to protect line-ups that had to start outside for the sake of space (like the Dealer’s Room opening line).The number of people made things in the Double Tree rather hot and a little difficult to navigate at times, but considering how crazy things could have gotten, the attendees I saw seemed to cope with the rain well and without going too stir-crazy. I did feel bad for people who had to line up outside for registration and stand in the rain. There was no coverage for that, and the pre-reg line was not short when I saw it. When we arrived, there was a moment, when a staff member would not let us in the front door, and was saying we had to go around the building (through rain and mud). We were not happy about that, but anther staff member quickly came over and said we (and the people behind my group) could come in. I think the staff was trying to do their best with a crummy situation, and some things worked out better than others. The fact that the Artist's Alley didn't open until noon was not in the con's favor, as it cut down on things to do indoors, at least all morning. I'm not sure how the artists felt about the later than usual opening on Friday.

Saturday dawned to find the rain had stopped and at last con attendees could venture safely onto the lawns for photo shoots, to move between buildings, and to wait in outdoor lines. The ground was still somewhat wet (and muddy in shaded areas) but for the most part things had dried out well enough to not ruin anyone’s costumes as long as they were careful and vigilant. I passed the preregistration line for badges a few times between my arrival and noon, and it was always pretty long. Longer than the walk in line. I’m not sure how many windows were open for each pick-up line, but it’s unfortunate that people who planned and bought their badges ahead of time had to wait for so long, while day of attendees strolled right past. I’m not sure much can be done to help the pre-reg line move faster, it’s just, like I said, an unfortunate thing.

Saturday was the day my group spent the most time in the Artist’s Alley and the Dealer’s Room. There were so many great people in Artist Alley, but I think AnimeNEXT always gets a pretty great and very talented group. The unfortunate thing about the AnimeNEXT Artist alley is its location directly next to Main Events. I had several friends with booths and they told me the loudness of main events could be headache inducing and distracting, and really a damper on their experience in the artist alley. I don’t really know if there are any other large spaces where the artists could be housed though, so I’m not sure the problem can be fixed. At least this year the artist alley didn’t fill up with smoke from a fog machine in main events—that happened last year. As for the Dealer’s Room, there were good booths and nice, wide aisles to walk in, but something felt lacking and I can’t really say what. I guess I just never really found anything I felt like I had to buy.

Sunday was sunny and hot again; still a little muddy in shaded areas but ok to venture outside. My group mostly wandered, took pictures, and spent time with friends, but we did find ourselves sitting in on (I think) the Masquerade Feedback Panel, due to having friends involved in the Masquerade. Only one act came to give feedback, so it was mostly the people involved behind the scenes discussing the situation and their experiences with it, plus how those experiences compared to other masquerades they have participated in. It was interesting to listen in on. For me, masquerades at anime conventions can be tough because from line-up to the end of judging they can eat up half the day. Hence, unless I’m press and can get in without the line-up, I really don’t attend them. I also know that I, personally, get antsy after a while. I’ve heard of conventions that have forty acts in their masqs and I just don’t think I could sit through that many. During the panel, however, it was expressed that it has become hard to get acts for the AnimeNEXT masquerade and other masquerades for cons in the area, and I wonder how that affects show quality (and through show quality, my ability to sit through the show). Things I had not really thought about before. Would I be more content to watch thirty great/fun/innovative acts over fifteen acts of varying quality?

As for hotel, my group stayed at the Courtyard Marriott where we stayed last year; just a little ways down the street from the convention center (within walking distance if your costume is comfortable and not too hot). We never had any issues, apart from one moment when the elevator doors opened and wouldn’t close, so we got out and took a different elevator.

When it comes to food, there are lots of choices to those with cars, but if you don’t want to or can’t drive, you will find yourself a bit more limited to the hotel offerings, the Ruby Tuesday attached to the Marriott, and a few other small places in the immediate area. There’s also always delivery, but that can be hit or miss with reliability (and the amount of time it could take). The convention center food isn’t terrible (my friends enjoyed the pizza and the chicken fingers were even pretty damn good though the french fries were bland) but it can be a bit pricey due to it being one of the only offerings which is pretty much the standard for convention center food.

All-in-all (and in spite of the rain) AnimeNEXT 2013 was better than last year, mostly thanks to improvements in set-up that made 2012 a challenge. I still wish there were more panels that engaged me and more guests I felt personally excited about (there are regulars who come every year and who are well loved, but some additions to the voice actor line-up would be exciting), but I will always enjoy the time I get to spend with my friends. 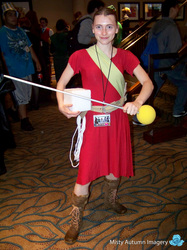 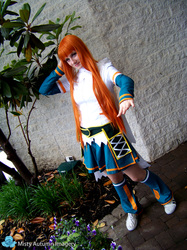 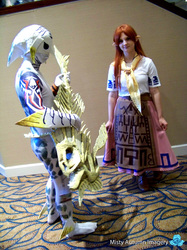 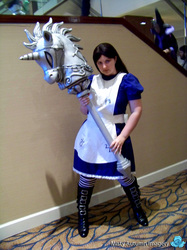 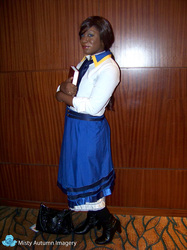 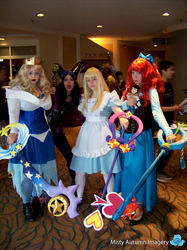 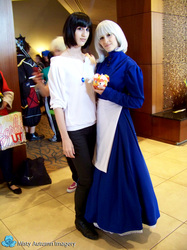 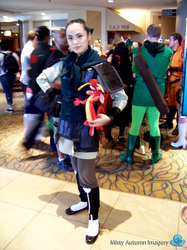 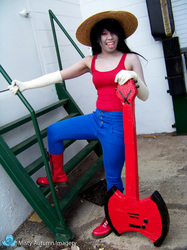 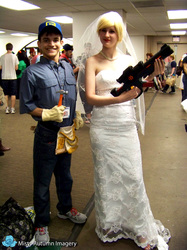 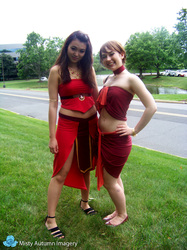 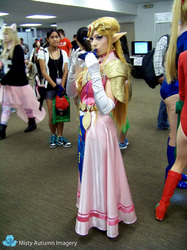