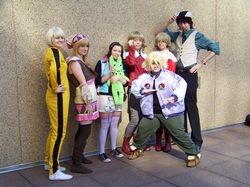 For our last con of 2011, Jessica and I piled into the car with several other friends and headed down to Virginia for Anime USA.  It was our first time at Anime USA, so we went in excited but also not knowing what to expect. While I had a good time at the con there were definitely some places where I found it to be lacking; some things I was prepared for but other things, not so much.

Though my camera isn’t amazing, it usually serves me well. I love to take pictures and plan out small cosplay photo shoots when I can, but I had heard from a friend that it is a very difficult con to actually take photos at due to poor lighting in the hotel. Because of this, I was hesitant to plan any photo shoots beforehand. As it turned out, my friend’s warning was very much merited.  The Hyatt lobby has a lot of windows that let in sunlight, but in the central lobby area that sunlight washed out the majority of the pictures I took. In the lower levels, most of my photos came out somewhat yellowy if I didn’t use a flash, thanks to that lighting I had been warned about. On top of the issued with lighting, there are relatively few places that really make for nice photo backdrops. What few outdoor areas there were seemed to be in constant, crowded use. On Saturday afternoon the Tiger & Bunny meet-up we participated in went out to an empty balcony area. We were alone for about two minutes, before two other large photo shoot groups had flooded out onto the balcony too. While we were certainly fine with sharing the space, the massive amount of people really limited what any of the groups could do with their photo shoots.

Throughout the weekend, we were able to eat decently for reasonable prices. We stayed at a Holiday Inn across the street from the Hyatt, which was sandwiched between a McDonalds and a Diner. There was also a small deli tucked away in another building just across from the Hyatt. The staff at the deli was friendly and the place was never crowded; we were disappointed to find that it was closed on Sunday. The McDonalds was generally crowded, but it’s good for a small, cheaper something. I did not eat at the diner, but heard it was a little pricey. On Sunday we learned that there was also a Chili’s right in the area. There was a Starbucks right near the Hyatt, but when my group tried to stop in for drinks the shop was closed-- apparently it closes at 2:30 pm. The bar inside the Hyatt was very pricey, and the drink I had was poor, not to mention pulpy, so I can’t say I recommend it. On Friday night we ate at Buffalo Wildwings which was a bit of a hike, especially since it was very cold out and I was wearing a Sailor Venus costume. Still, the happy hour deals were excellent.

The Holiday Inn where our group stayed gave us a spacious room that we were amused to find had a view of the pool in another hotel across the street. With five of us staying, we weren’t pressed for space and there was a lot of surface area to put out things like wig heads. We were able to check in as soon as we arrived which gave us the time to sleep a little and get cleaned up after driving through the night. The room had several shelves as well as a mini refrigerator too. The only storage problem we ran into was too few hangers in the closet. I think I should also mention that the entire weekend passed and there was never a problem with the elevators.

Anime USA’s Artist Alley was somewhat unique in that it was really just a floor of the hotel where the tables were set up, rather than a room set aside. The Alley also ran all hours, so if people wanted to leave their booths to go sleep, they had to cover their set-ups, and even take their merchandise away to be sure it wasn’t stolen.  So, while there was a lot of space for shoppers to look around, I imagine the no-doors-to-lock set-up might have been somewhat stressful for the artists. The Dealer’s Room had a fairly large space and a good number of booths. It was maneuverable and had arrows to direct traffic; something I think New York Comic Con should look into. While I didn’t buy much, there seemed to be a decent selection of stuff from both nostalgia animes like Sailor Moon and popular new animes. If you were looking for rarer items from less popular animes however, I do not think you would have found them.

This was the first Masquerade I have attended outside of New York Comic Con, and though it was not without flaws, I enjoyed myself.  It was fairly short, but I actually prefer a shorter program to a three-hour one. There were some great acts and gorgeous costumes, and the technology hitches that popped up now and then were handled with good humor (like a dance mix of the Jeopardy music being played). While the masquerade hosts both did well and worked well together, Euphoria Cosplay (dressed as Aerith from Final Fantasy VII) was the real charmer. She kept in character throughout her hosting duties, even when she had to stall for time on her own while winners were being decided. She took everything that was thrown at her in stride, and I give her my greatest compliments. Uncle Yo also provided a stand-up half-time show that left me with the feeling I should go see him perform at these conventions more often; the man cracks me up every time.

On Saturday night I attended the “Cosplay Zen” panel with Jessica and some of our friends. The panel was hosted by the con’s cosplay guests; Ambrosia and Pork Buns. I loved this panel and afterwards I was incredibly happy that I had attended. The panel talked about how to keep cosplay a fun part of life rather than a generator of stress. As I am getting older and trying to enter “the real world”, the panel spoke to me. The panelists talked about balancing life and work with cosplay and cons, bypassing drama, and not letting others get you down. There was just something comforting about listening to the two talk and share their stories. I know they touched on things I worry about, and hearing what they had to say made me feel better. If these two ever run this panel again and you have the opportunity to attend, go. It will be good for your soul.

All in all I had a nice time at Anime USA, but it isn’t a con I find myself heart set on attending every year. I guess there wasn’t much that felt very unique and “can’t miss”. The difficulties with photography probably contribute to my feelings quite a bit; there just weren’t any locations that I left dying to return to so I can take pictures again. Still, if I had the money, the time, and good company to go with, I’m sure I’d have fun attending again, just as I did this year. 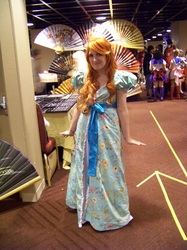 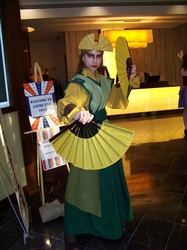 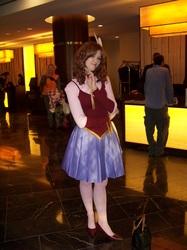 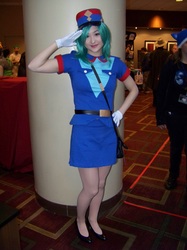 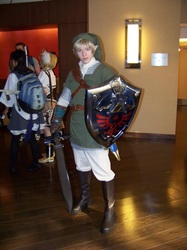 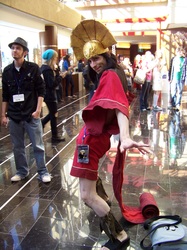 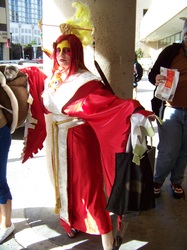 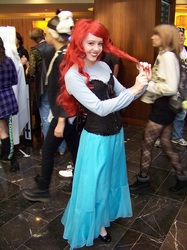 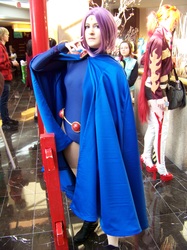 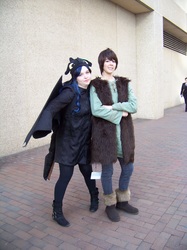 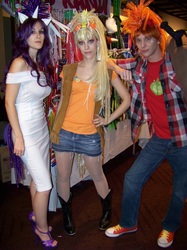 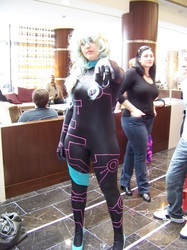