Charlotte LaBouff  (Disney's The Princess and the Frog) 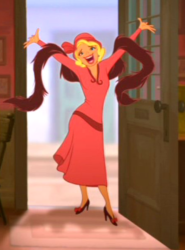 When The Princess and the Frog came out, I loved everything about it; every character, every song, every moment. Charlotte, Princess Tiana's best friend, has become one of my favorite characters in the Disney canon. Why? She is hilarious, and in the end she is totally unselfish because she loves her friend, Tiana, and wants Tiana to be happy more than she wants to be a princess. So Lottie has earned my adoration forever and always.

The dress and hat were commissioned from the lovely Jessica Jolt. The wig was picked out by me, and she gave it a bit of extra curl so it had Lottie's nice wave in the front. I accessorized it with a feather boa that I found on eBay, and shoes that I bought from Payless. We lucked out, because the boa and shoes came and matched perfectly to the fabric that Jessica had chosen!

Meeting Tiana and Naveen in Disney World while wearing this costume continues to be one of my favorite cosplay experiences ever. In 2011, Princess Tiana actually squealed when she saw me and hugged me like we really had been best friends forever. It was pretty amazing. :) They also always ask me to do my best Lottie voice, which is forever hilarious. XD

After The Hunger Games came out, people started thinking I was Effie Trinket in this cosplay. Even the people at the Hunger Games costume exhibit at C2E2 thought I was. It has reached a point of hilarity, but it has also made it very special when people recognize me as Charlotte. <3 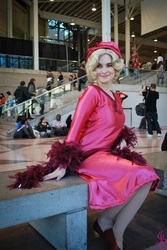 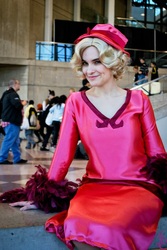 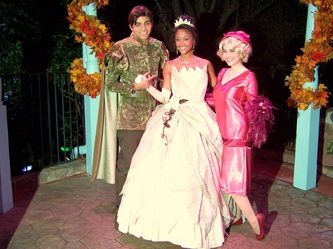 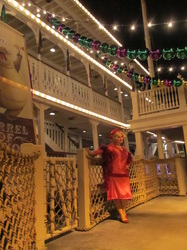 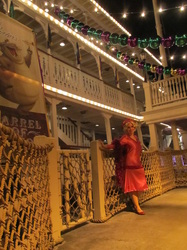 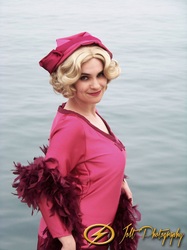 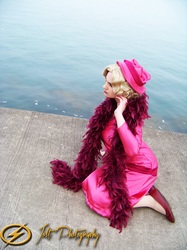