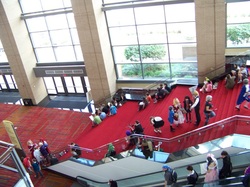 Because we thought it might make for a fun trip, I attended ConnectiCon 2011 with team members Jessica Jolt, Chibi Inu Tsuzuki, and our friend Katt. This was a first time con for all of us, and while we did not see much in the way of panels and events, we had a very good time, namely by participating in the photography scavenger hunt which kept us busy and excitedly looking to check off the next thing on our list.

We arrived in Connecticut early on Saturday and checked in at our hotel, a nearby Holiday Inn Express, that I would highly recommend. The room was spacious, the staff was great, and the free breakfast was delicious (and, you know, free!). They also run a shuttle to and from the convention center that will come when you call for it. This is very convenient and can save con goers from having to pay for parking, though the parking price at the convention center was fairly standard, coming in at just under $20.

I had seen video of the convention center from a friend who went to ConnectiCon last year, but I still found myself sort of stunned by how big the space was. There was plenty of room to move around, and things were spread out. At some conventions things can be too big or too spread out, but ConnectiCon had a nice balance. Registration took only a few minutes, and the staff was friendly and helpful. After that, we set off to explore.

As cosplayers, there weren't a lot of particularly striking places to have photo shoots around the convention center, but we found a few nice spots to get shots of our costumes. There were also lots of great cosplays from a very well done Majora's Mask group to an incredible Bumblebee from Transformers. The variety of cosplay was striking to me. I've never been to a more general Sci-Fi/Fantasy con before, and it was a first for me (and made me quite happy) to see lots of Firefly cosplayers around among the anime and video game characters, the Hogwarts students, Disney princesses, and the comic book super heroes and villains. The cosplay atmosphere seemed fairly mellow; dressing up for fun rather than competition, and for the most part the cosplayers were very friendly.

The cafeteria was pretty expensive. It cost $6 for three chicken fingers. They tasted ok, but that is, obviously, a lot of money. Nacho chips with cheese were $3.50 and pretty standard. Chibi and Katt had the lo-mein and a chicken sandwich, and were very unimpressed with both, only taking a few bites of each. Fortunately, there were lots of places selling Japanese snacks in the Dealer's Room (some booths cheaper than others), so stomachs were never totally empty.

The Dealer's Room had a nice variety of things, and a lot of beautiful clothes. I think the clothing available was definitely the stand-out. There was also a good amount of cheap manga, all sorts of odds and ends, and lots of food. There was not much in the way of very new animes, and not much in the way of lesser known animes, but I suppose that is to be expected, and not spending all of your money in the Dealer's Room isn't a bad thing. In the "Artist's Colony" there seemed to be a lot of comic writers, and some various other cute things, but nothing we, personally, found particularly striking. Some tables one might normally find in an Artist Alley were actually in the Dealer Room.

The highlight of the convention was actually not part of the convention, but excellent timing. On Saturday night nearby carnival had a truly spectacular fireworks show that we caught while heading out to the car and watched from the parking garage. The fireworks were simply stunning and really made the trip into something special.

Sunday morning we took the shuttle back over to the convention center and hung around for a few hours. Again, things were pretty mellow and relaxed. We tried to finish our photo scavenger hunt, but ended up with around thirteen things not found out of one hundred and two. We tried!

Overall, I think we all enjoyed ConnectiCon, and though I do not think I would put it on a list of "must-go" conventions, if I had the money next year, and the weekend free, I think I'd enjoy going again with friends. 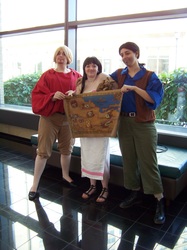 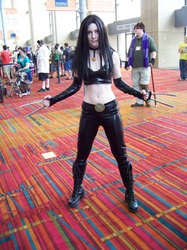 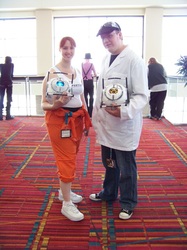 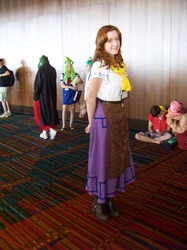 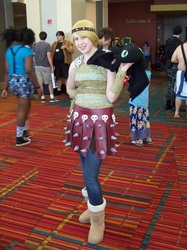 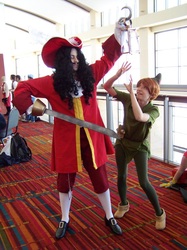 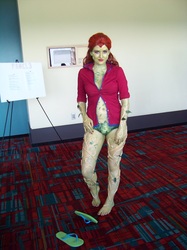 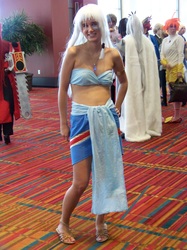 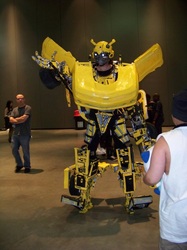 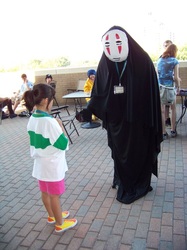 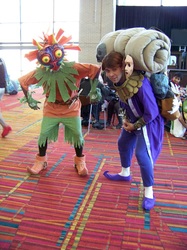 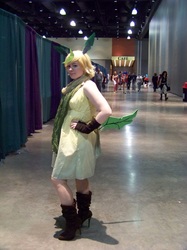