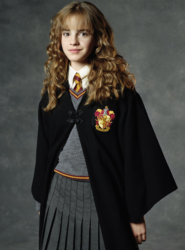 My first cosplay. <3 I'd never even heard the word cosplay when I started to put this together; I just wanted to dress up to get my copy of Order of the Phoenix at midnight, and show how much I love these books. This costume has evolved with time to what it is now and I am really proud of it! The pieces from this costume are from everywhere- online shops, eBay, a friend's school uniform... Originally it was just Hermione, but then I decided it is ok to wear my glasses with it and just be a Gryffindor student.

For the book release of Harry Potter and the Deathly Hallows I went at Hermione and won Best Costume. The prize was a poster signed by Mary GrandPre who does the art for all of the books. It was incredibly exciting; I was totally thrilled. :) 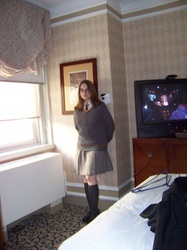 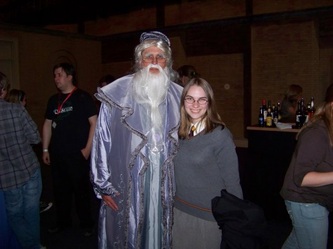