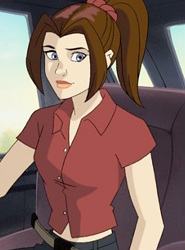 I AM A LAZY ASS. No, actually this was more work than I thought it would be as the simplest pieces of clothing always seem to allude me. :P Also file this under costumes I hacked my hair up for. Anyway, I still love Miss Kitty and some of my friends decided to do some simple cosplay for the last day of Anime Boston 2012 in the form of X-Men: Evolution civilian clothes. I thought about doing Kitty's first season clothes, but after looking at pink cardigans for (seriously) three hours and finding none that would work, I decided to try one of the looks that was added to her wardrobe in seasons two or three. I ended up with her new outfit for season three because it's simple and I got to get a driver's hat for that episode "X-Treme Measures" where Kitty can't drive and Logan punishes Professor Xavier by sticking him in a car with her, which I thought was fun. XD

Before NYCC 2012, I happened to find a new shirt that I liked better in a Goodwill store! I know neither shirt is as short as Kitty's, as shirts have entered into an era of being longer. Fact is I prefer my shirts longer, so I am totally ok with this. My original shirt's fabric also has a bit of stripey texture. Deal with it. The second one didn't! XD Now if you'll excuse me I need to go phase my car through a mailbox. 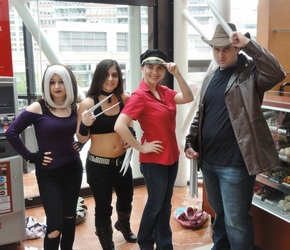 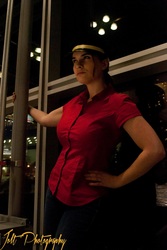 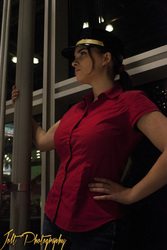 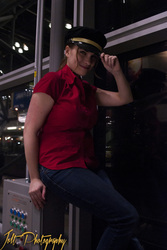 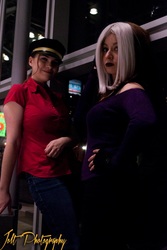 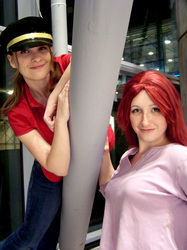 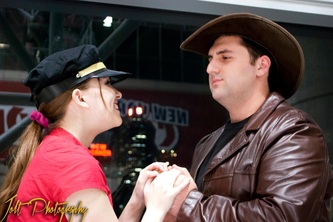 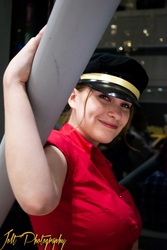 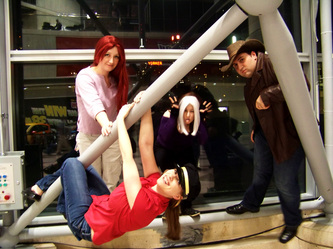