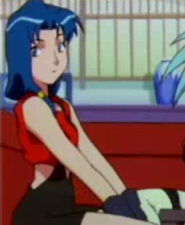 Kiyone is my second favorite Tenchi girl, and I wanted to cosplay someone from Tenchi very badly since it is my favorite anime. While marathoning episodes, I realized that I could probably pull this together! This is Kiyone's space piarte disguise from Tenchi In Tokyo Episode 20: Old Friends. I used spandex shorts, black spandex gloves, black suspenders (that unfortunately stopped working when I spray painted the silver parts, so I had to constantly adjust them), and a red t-shirt that I rolled up underneath. I carried around my Ryo-ohki for good measure,because I was pretty sure that I was so obscure that no one would recognize me. (I was right on that count. XD ) Out of all of my wigs, this one is probably my favorite; it's called "mixed blue" and actually has five shades of blue that blend together and look gorgeous. Getting the style correct took a little time, but I think I did ok. I also made a little bank bag to act as a purse cover. :D 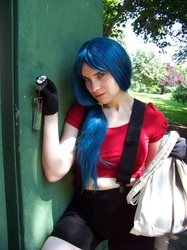 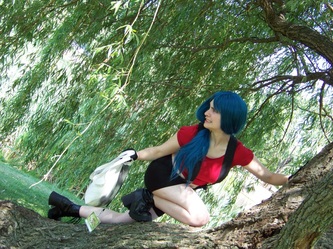 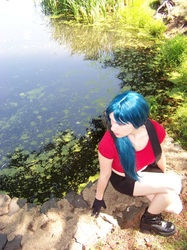 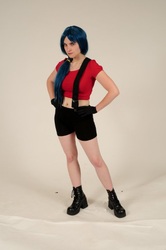 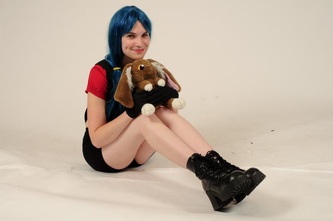