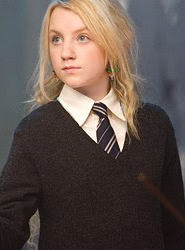 Luna! I wanna take you to the moon! Luna is another of my favorite characters from the Harry Potter series. I adore her very, very much. I bought most of the pieces for this costume at LeakyCon 2009, and later got a wig from CosWorx, then some awesome Spectrospecs from my friend Liz, who got them from a friend who knows a guy. :) My bottlecap earings were made by Little Blossom Designs. I already had the shirt and shoes from my Gryffindor uniform cosplay.

The wig for this costume is a beast. It is long and curly, and I'm pretty sure that when I leave the room is mocks me in front of my other wigs. -.- That being said, when I am able to get it in a ponytail, it is perfect for Luna's Half-Blood Prince hairstyle. This crazy wig and costume also got me interviewed by a local syndicate of NBC news on the opening day of Harry Potter and the Deathly Hallows Part I. Turns out being a nerd gets me on TV. :)

Of all of the cosplays that I have put together on my own, this is one of my favorites. 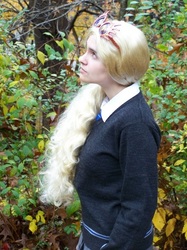 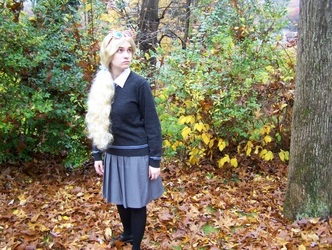 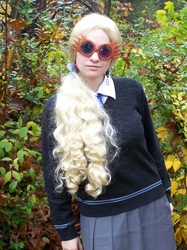 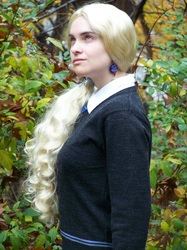 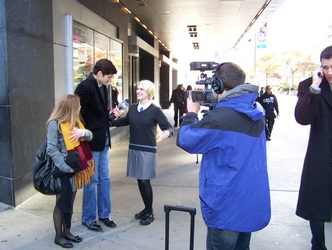 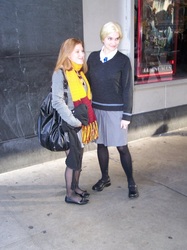 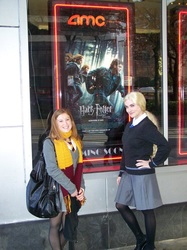 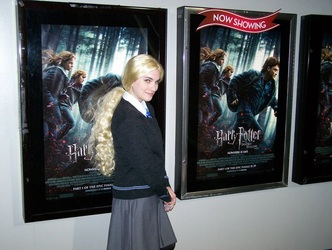 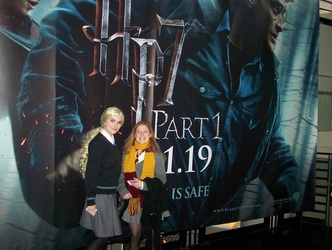 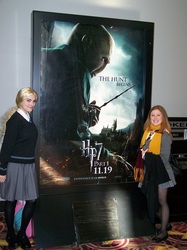 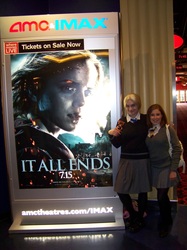 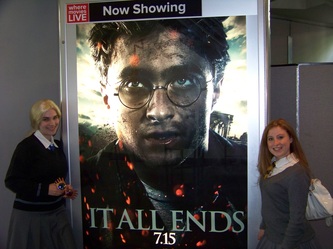 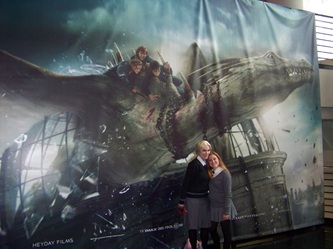 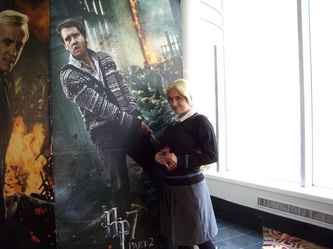