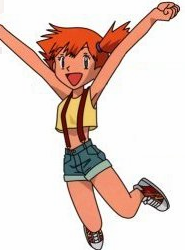 This was my first cosplay with a consciousness of cosplaying. I went to AnimeNEXT 2008 and decided "I am going to dress up next year. What can I do?" And Misty was the obvious choice to me, because I love her and I could put her together without sewing. The shorts and converse shoes came from Kohls, the top is a rolled up tanktop from Mandee (it actually took forever to find one that would work), and the suspenders are from eBay and are fully functional. The wig is from CosWorx.

I suppose I cosplay an older teenager Misty, as I definitely don't look twelve, and I wear the hair a little differently; the ponytail is lower and not spikey, but still to one side. I was still really (an sometimes a little overwhelmingly) recognizable, and I was really happy with it. I carried around a little Azuril and a pokeball as props for pictures; it was fun having buffed up guys who asked for pictures with me hold a tiny, adorable stuffed pokemon. :) For Anime Boston I actually even rigged up a fishing pole with a pokeball hanging from it. :)

I played in a Pokemon vs. Digimon soccer game in this costume. Soccer in a wig? Not the best idea. XD 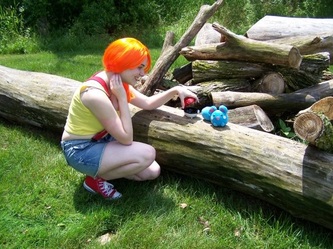 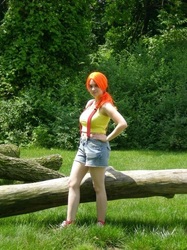 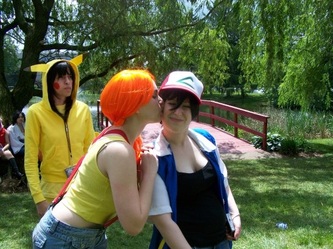 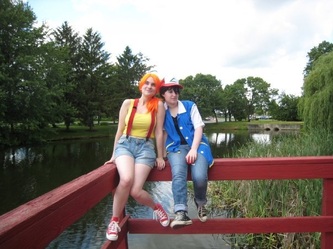 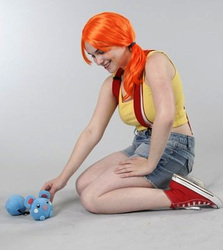 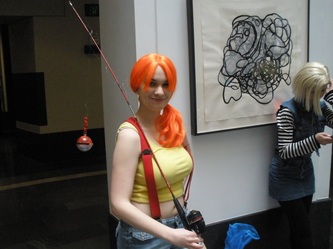