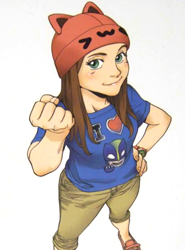 During New York Comic Con 2011, my friend Eri told me I would make a good Molly Hayes after we received Runaways issues at a Marvel mosh pit giveaway. In 2012, I started reading Marvel's Runaways series and immediately fell in love with all of the kids and their story. My favorite character, though, would have to be the littlest runaway, Molly, aka Bruiser, aaka Princess Powerful. Molly is sweet, funny, perfectly bratty from time to time, and just a wonderful character that gives me lots of feelings.

I happen to be a big fan of Takeshi Miyazawa's artwork, going back to the Spider-Man Loves Mary Jane series which is one of my favorites. His style is charming and adorable and when I saw his 70th Anniversary Frame Variant Cover for Runaways #13 featuring Molly, I felt like it was the perfect look to tackle. Eri, who originally told me I should cosplay Molly, did the artwork for the shirt, and my friend Liz made my hat for me. This costume really could not possibly be any more comfortable and I couldn't love it any more. 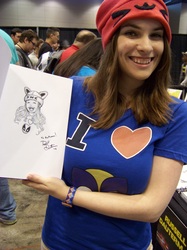 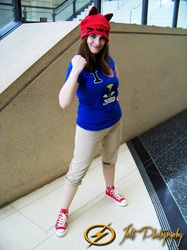 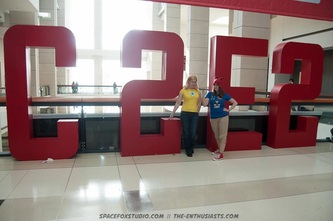 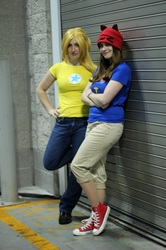 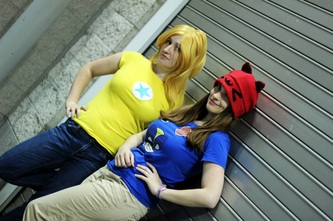 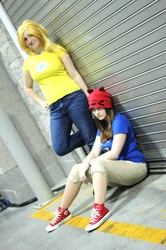 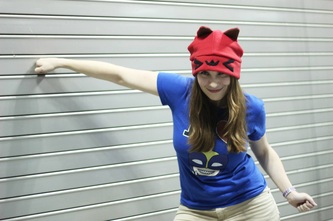 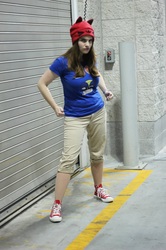