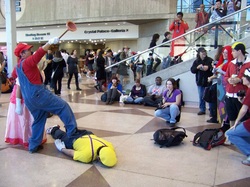 What with is being so close to home and such a huge event, Jessica Jolt and I knew we couldn't pass up attending New York Comic Con and Anime Festival 2010. Neither of us had ever been to the convention before, and I, personally, had never been to such a major convention, ever, so it was quite an experience for both of us. In previous years, there have been two conventions: New York Comic Con, and the separate New York Anime Festival, but for 2010 the two were combined into one massive convention. As far as Anime events and areas, Jessica and I only really visited the Anime Artist's Alley and the Minori Chihara concert that took place before the masquerade. There was just more to interest me in the Comic Con offerings. That being said, I cannot really say if the Anime Festival suffered from being combined with Comic Con.

The Javits Center is a fairly short walk from The Port Authority; approximately fifteen to twenty minutes. Jessica and I actually made it from the convention center to the Port Authority in close to ten minutes on Saturday night, when we had to literally run from the masquerade back to the Port Authority to make sure I didn't miss my bus home. (I did make the bus, in case you're wondering.) The unfortunate thing about the location is that there is very little in the immediate vicinity of the convention center in the way of hotels and restaurants. On Friday night we planned to eat at a nearby restaurant called Burgers and Cupcakes, but it was closed for a private party, so instead we tried a diner but it was totally packed (a two hour wait), and felt like two hundred degrees inside. I am sure there are other places to get food, but everything we spotted seemed like it would either be very expensive or a very long wait. Our group ended up catching a cab (which also took a while) and riding up to John's Pizza on 44th street. The staff there seemed both surprised and amused by our cosplays. There is food available inside the convention center; a food court and some stands that had things like burgers and soft pretzels, but, as always seems to be the case, it's kind of expensive.

We arrived at the convention on Friday afternoon around 3:00 pm. Both Jessica and I were pre-registered. There were staff members around the registration area handing out lanyards and program booklets to people who had already received their badges by mail. Getting the badge in the mail rather than having to wait in line for it was great and incredibly convenient. The staff we interacted with were helpful when we asked where we should go to get our schedules and lanyards, and in helping us to find panel rooms. The people at the information booth were especially friendly when we spoke to them. On Saturday and Sunday we arrived early enough to have to wait in line for entry to the convention, but once the line began to move, we got in fairly quickly. We also got bags of con swag both days for being there early. Sunday, being "Kid's Day", actually had toys in the bags.

Both Artist's Alleys at the convention were massive and fantastic. The Comic Con Artist's Alley featured tons of professional comic book and web comic artists, but the most exciting people in the room, for me, were Alison Wilgus and Johanne Matte, who worked on Avatar: The Last Airbender and comics related to the series. The Anime Festival Artist's Alley seemed more like the kind of Artist's Alley I'm used to, made up of fans and their work. In any case, both areas were impressive. As massive as the Artist's Alleys were, they paled in comparison to the Dealer Room. It was, frankly, a little overwhelming. There was so much to see, that even though we walked around the place multiple times, I am more than fairly certain I never did see everything. What's more, it was the place for companies like Marvel, DC, Nintendo, and more to make their presence known and show what's coming up. The industry presence set this Dealer Room apart from any I've been to before.

Before the con, I made and printed a list with times and locations of every panel and signing I was interested in, so I wouldn't have to go searching for information during the convention. I ended up going to three panels; one Friday, one Saturday, and one Sunday. I really can't say I had any complaints about any of them. Everything started on time, there were no technical difficulties, and the speakers were well organized. Friday's panel was "Graphic Novels as Young Adult Literature". Because I greatly enjoy YA lit, I thought this would be interesting, and direct me towards some new reading material. I was not disappointed and left with a nice list of books. Some attendees, chosen by a random draw, actually left with copies of the books the speaker talked about. I thought this was a nice touch that added a little excitment to the panel-- a free chance to win something! On Saturday, Jessica and I attended the "Stan Lee @ BOOM!" panel. This panel was, in a word, hilarious. We waited in line to get in, and were some of the last to get seats, but it was completely worth it to listen to Stan Lee talk about his new creations. The man is, truly, a gem, and I would happily wait to listen to him talk again next year. The panel was also informative and exciting—I walked out with a definite interest in the new characters and their stories. The final panel I attended was the "Scott Westerfeld Spotlight". This was probably my favorite panel of the weekend. As I love the author, it was a huge treat to see him in person and listen to him speak about his books. He was also hilarious and had great interactions with the audience. I would absolutely love to see him do another panel next year. I had less luck with autograph signings-- as far as I could tell, Rachel Lillis and Veronica Taylor were not where the schedule said they would be on Saturday, but on Sunday I did get Scott Westerfeld to sign a couple of books. Again, the staff was helpful; when I asked where Mr. Westerfeld would be signing, they checked for me to make sure I was in the right place.

Depending on the costume, there are some interesting backdrops for cosplayers to take photos, but probably not something to suit every costume. Then again, you could probably make something work if you think about it. I know some Disney Princesses who got beautiful pictures, though while at the convention, nothing struck me as particularly princess like. There were so many amazing cosplays, it was really kind of thrilling to recognize so many characters. I also attended my first Masquerade, which was a blast. As host, Uncle Yo was very funny and seemed to have everyone smiling. Though I have nothing to compare to, and had to leave right after the halftime show ended, the Masquerade seemed to run well for the most part. Before the Masquerade, there was a concert from Minori Chihara. When we lined up for the Masquerade, we did not realize the concert would be before it, so it was honestly a bit of a surprise. The concert lasted for about forty-five minutes, and Minori Chihara was, without a doubt, adorable. I had a good time even though Jessica had to tell me who she was because I had never heard her music before, or seen an anime that she voice acted in.

All in all, I had a great time at New York Comic Con / Anime Festival 2011. The crowds got a little overwhelming from time to time, but in spite of that the convention was a blast and I cannot wait to go again next year. 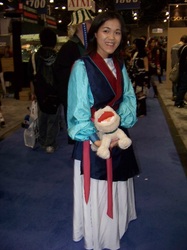 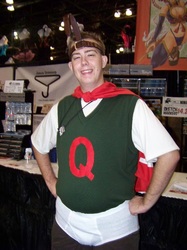 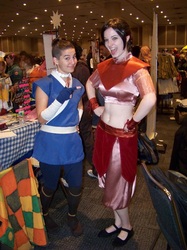 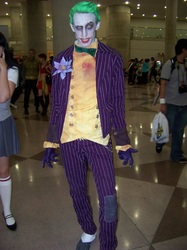 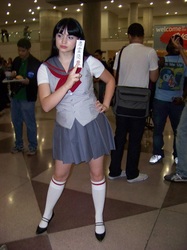 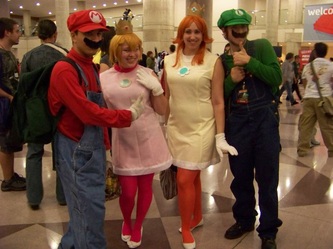 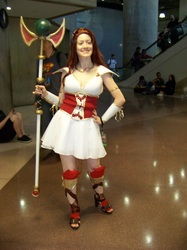 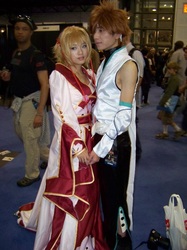 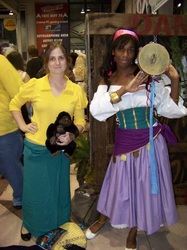 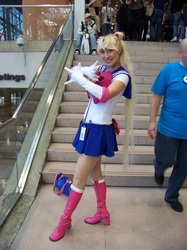 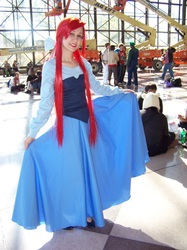 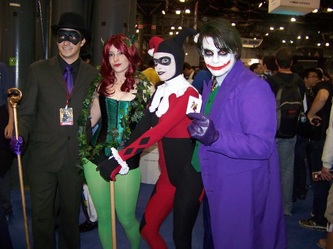