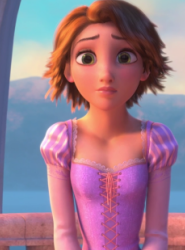 It is no secret to anyone that I love Disney. So, so much. When I saw Tangled, I was in love less than three minutes into the movie, and knew I would want to cosplay Rapunzel. The kicker was "how will you pull off that hair? Thinking about how much that wig would cost was actually kind of painful. And then the end came... and I knew. :) So I cosplay Rapunzel with her beautiful, short brown hair. I feel I should mention that the end of the movie when she is reunited with her parents makes me cry. Every time.I really just adore Rapunzel completely. Running around as this Disney princess is a total blast, especially when I get to point things out and go "What's that?" :D Rapunzel still has a lot of things to see!

My original dress was made by Chibi Inu Tsuzuki, but was unfortunately never finished completely. The beautiful version two that premiered at Dragon*Con 2013 was made by Rachel Bishop as a birthday gift from my boyfriend. My wig is actually a Yuna wig that I found on eBay. My little Pascal came from the Disney store (and was bought several weeks before the movie even came out because I was so sure I'd love it XD ). I do wear shoes as Rapunzel for safety and comfort reasons, but the first were a perfect shade of purple to match the skirt of her dress, and the second pair were a cute and fitting sparkly pink. ^-^ 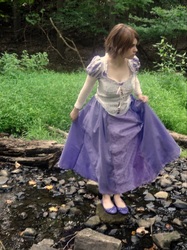 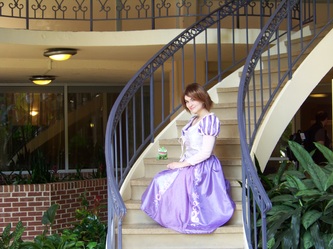 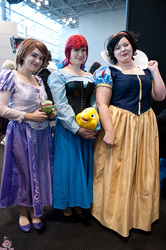 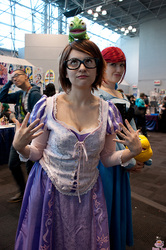 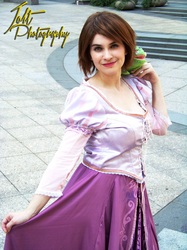 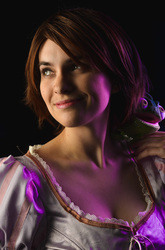 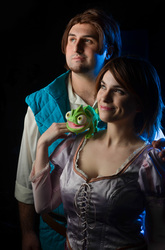