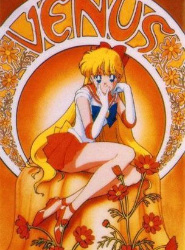 I have wanted to dress up as Sailor Venus since I was five years old. After sitting on the costume for almost a year and a half, and having some fixes done  I finally found my first opportunity to wear it at Dragon*Con 2011. I had so much fun, and actually even got to be on the local news with a bunch of other Sailor Moon cosplayers.

Sailor Moon was my first anime, way back when I was five years old and would watch it before going to school. Sailor Venus was always my favorite and remains so even after all these years. Sailor Moon has such a wonderful nostalgia for me, and to cosplay from it was seriously living a childhood dream. Judging by how excited so many people were when they saw me, I would imagine I'm not the only one who has a very special place in her heart for the Sailor Scouts. ♥

I was admittedly a little rusty on my poses at Dragon*Con (namely on her Crescent Beam which I did wrong a few times XD), but I've brushed up since because I'd love to cosplay this girl again. ^-^ 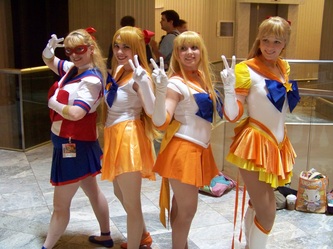 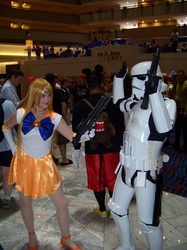 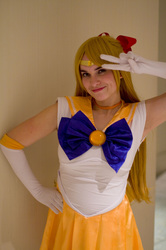 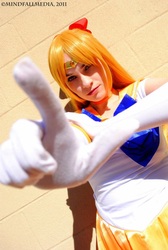 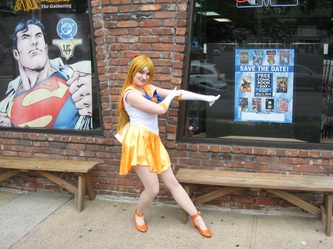 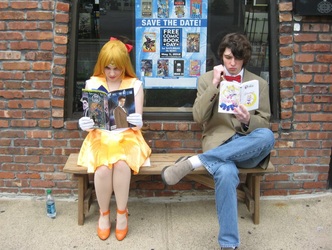