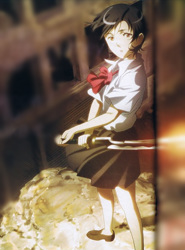 Saya is a cosplay that wasn't planned but  just came together nicely right in time for MangaNEXT. The big thing for me was that I wanted a cosplay for MangaNEXT that was actually from a Manga, and Saya's school uniform fit the bill. I had most of the pieces already from when I cosplayed Kaori at Anime Boston 2011, then a friend gave me a wig she didn't want anymore that was totally perfect. I found an actually black skirt for cheap at Goodwill, and though it isn't exact, it completed the look. :) While I don't have a sword, I did carry a pink rose with a blue ribbon bowed on the stem for Haji. COME AT ME CHIROPTERANS! 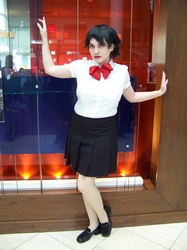 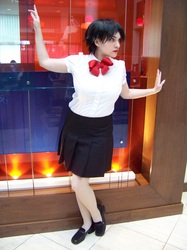 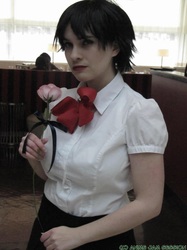 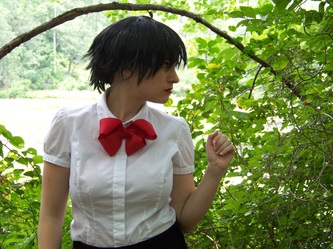 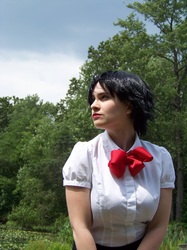 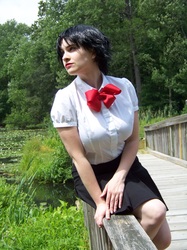 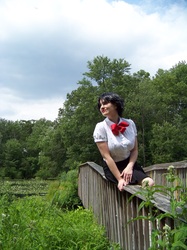