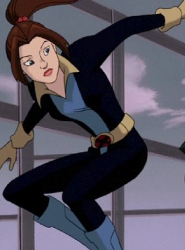 Kitty Pryde, in all of her incarnations, is one of my favorite characters from anything ever. My introduction to her came when I was around eleven and X-Men: Evolution aired and became a staple in my Saturday mornings. I love Kitty's design in Evolution, so I decided I wanted to cosplay her!

This was my first cosplay commission, and unfortunately it was also probably my worst commissioning experience. I sent them tons of pictures, measurements; everything they needed, but when the costume came it was far too big, the gloves were terrible, the boot covers too small, and the purple on the costume not right. I was sad. Fortunately, a family friend agreed to take the bodysuit in for me, and by removing the extra foot of crotch (not even kidding), the purple not being everywhere it should be was not so bad. I dyed new gloves and she helped me attach the cuffs from the originals to them, then I bought boots on sale from a Halloween store closeout and painted them to match the boot covers. So, with some work, I ended up pretty pleased with it! The best part though? It received the thumbs up from Steven E. Gordon who designed the character. :) 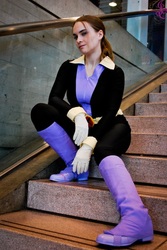 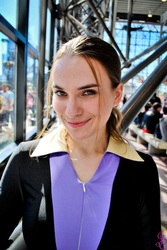 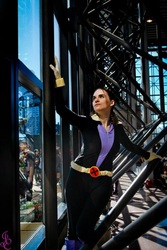 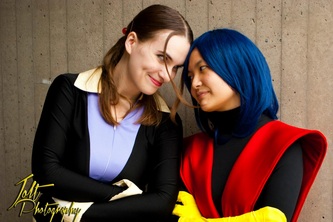 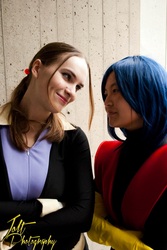